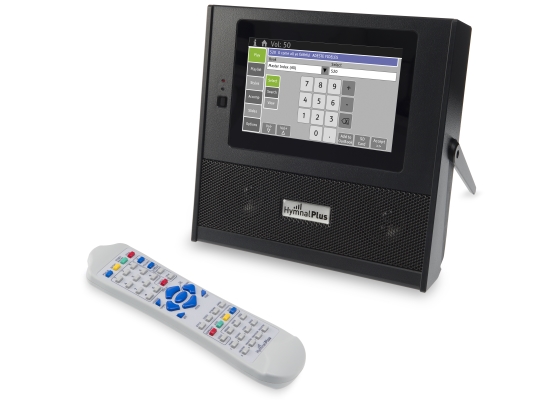 Hymn Technology Ltd was established in 1996 to market and distribute an American electronic hymn player in the UK. Founding directors Martin Phelps and Alan Kempster, who between them had amassed over 50 years experience in the organ industry, saw the huge potential for a unit that could accompany congregational singing in the absence of either musician(s) or instrument(s). The US manufactured product sold well, but it became apparent after a while that churches needed a far more advanced and complete solution to what was clearly becoming a huge problem - the lack of competent musicians in churches up and down the land who were prepared to make the commitment to be available every Sunday.

Based in part on feedback from their existing customer base, Hymn Technology drew up a detailed specification for a new generation of player and commissioned one of the UK's leading software and hardware design houses to put together a complete technical design. Key requirements were that the unit had to be portable, that the tune repertoire had to be upgradeable, that the sound quality had to meet the highest critical standards and, above all, that little or no musical or technical skill would be required to operate it. A new extended file format was developed in order to achieve the specification's exacting musical requirements.

The daunting task of choosing the core tune repertoire of about 2880 items and then digitally recording them was accomplished in-house over a period of two years. 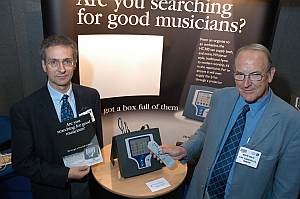 The original HT-300 Hymnal Plus came on to the market in the autumn of 2005 and was an instant success, with major coverage in virtually all the main UK national newspapers as well as widespread media coverage around the world. Now replaced by the HT-400, the product is sold through a small network of specialised dealers covering all parts of the UK. Hymn Technology services the South of England directly in order to stay in touch with actual church requirements on a daily basis.

The HT-400 is manufactured entirely in the UK, although some components are sourced from abroad. This localisation means that any technical issues, be they hardware or software, can be readily investigated by the relevant in-house experts. 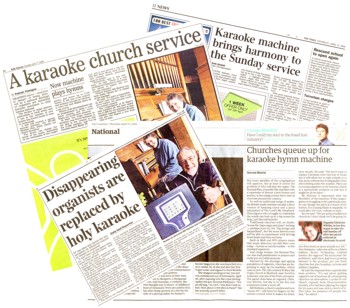 Hymn Technology has a policy of continuous development. An integral part of this is the constant review of  new hymn books for inclusion in the ever-growing list of additional repertoire, available both at the time of purchase and retrospectively.

Which books do you use?

Help us to provide the repertoire you need, wherever you are.